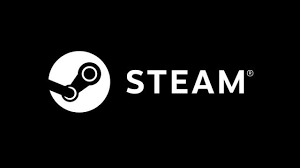 The sale of this product is temporarily suspended. Please check again later or subscribe for notification of when the product is back in stock.

Try to search similar items from other sellers.


Content: unique code 16 symbols
Loyalty discount! If the total amount of your purchases from the seller AliGame more than:
If you want to know your discount rate, please provide your email:

AliGame information about the seller and his items
onlineAsk a question

The seller guarantees the delivery of your product within 2 hours from the receipt of payment. If it doesn't happen, you can cancel the deal on your own and get you money back.

✔️ This steam gift is for Argentina but after redeem it, region is free and global and multi language.

You are one of the three survivors of the slaughter of Castagath. Rescued by Grand Inquisitor Heimlock, you were drafted into the Republic’s Army of the Purifiers at a very young age to be trained in the military academy and become perfect soldiers against the supernatural. You also had the chance to benefit from Heimlock’s occasional advice and training, which led you and your childhood friends, Valeria and Edric, to be called the “Children of Heimlock”.
Recently, the Brotherhood of Dawn has infiltrated the Crimson Keep, a mysterious republican fortress lost among the northern deserts known as the Red wastes. While the purpose of the attack was unclear, the republican Senate voted a retaliation act against all known locations of the Brotherhood.

Led by Grand Inquisitor Heimlock himself, troops are soon deployed on the Coast of wrecks, near the city state of Stormfall, to terminate a camp of Brothers. You are, with your two childhood friends, part of operation Dawnbane, under the supervision of Justicar Maëlys.

💡 Above of Oplata.info purchase page you can see this 16 digit unique code
✅after 15 days you can change your steam region to your local.
🌐after activation, region for play this game is global and multi language !