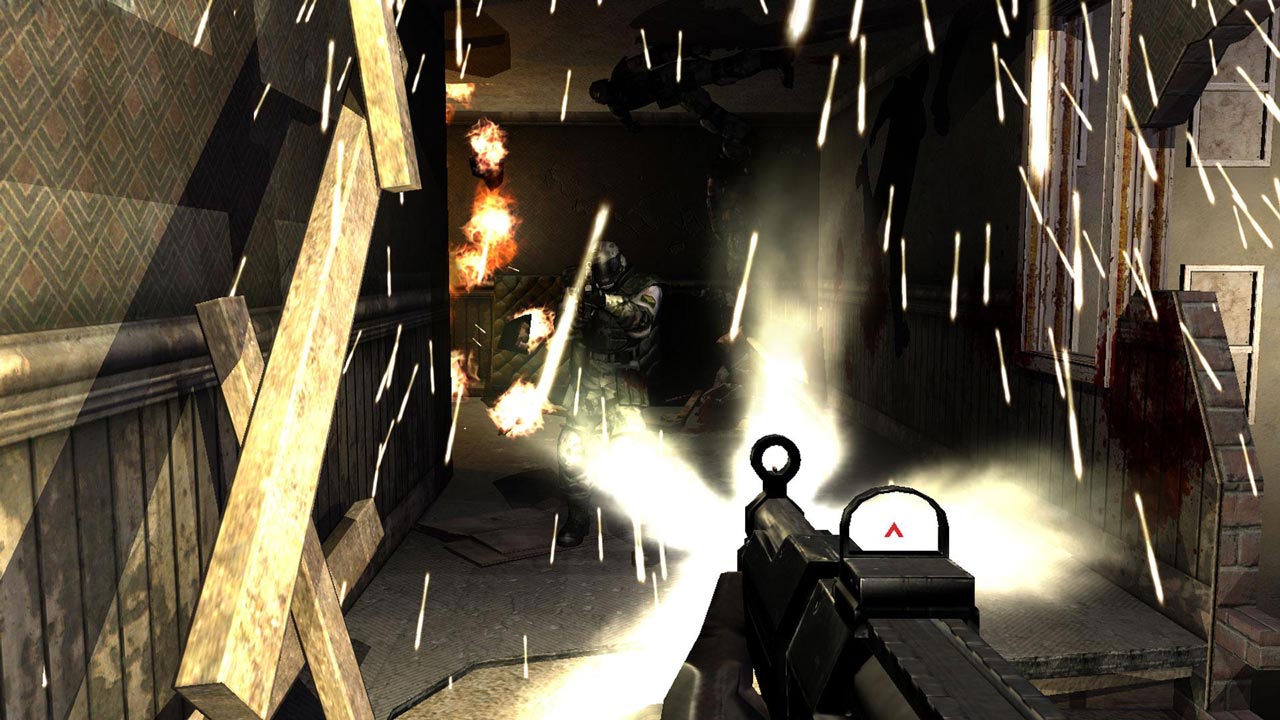 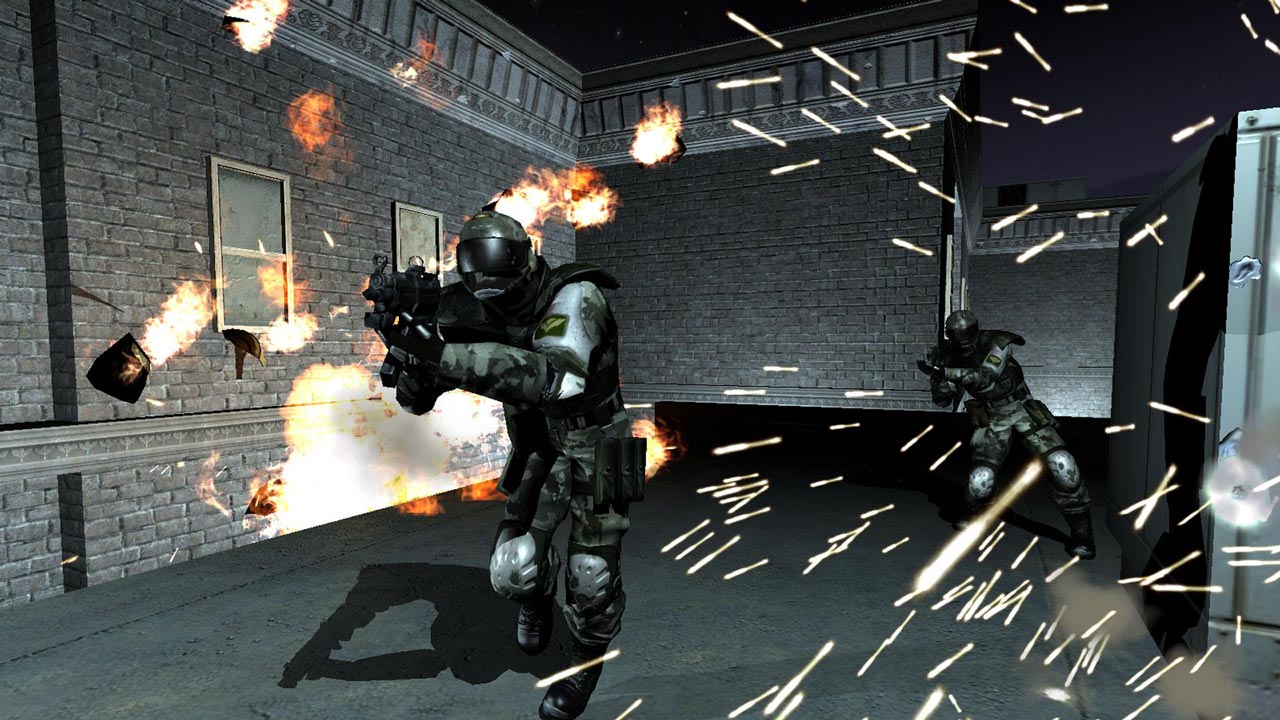 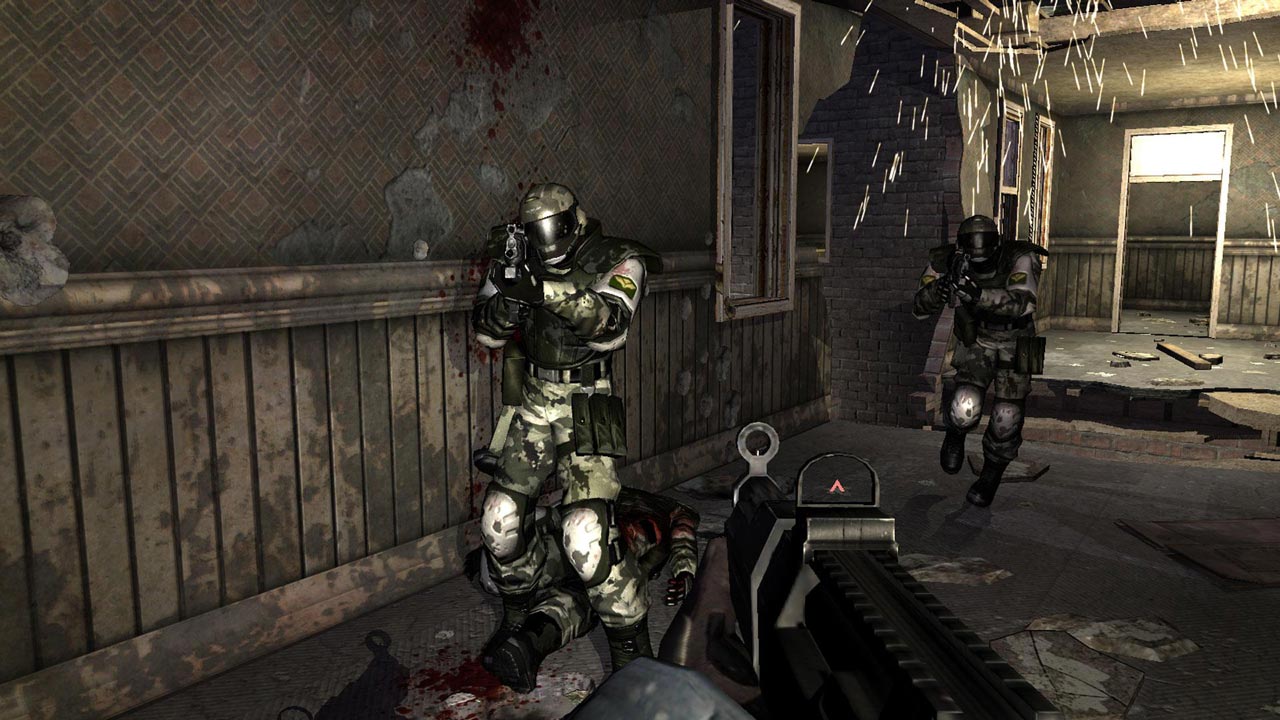 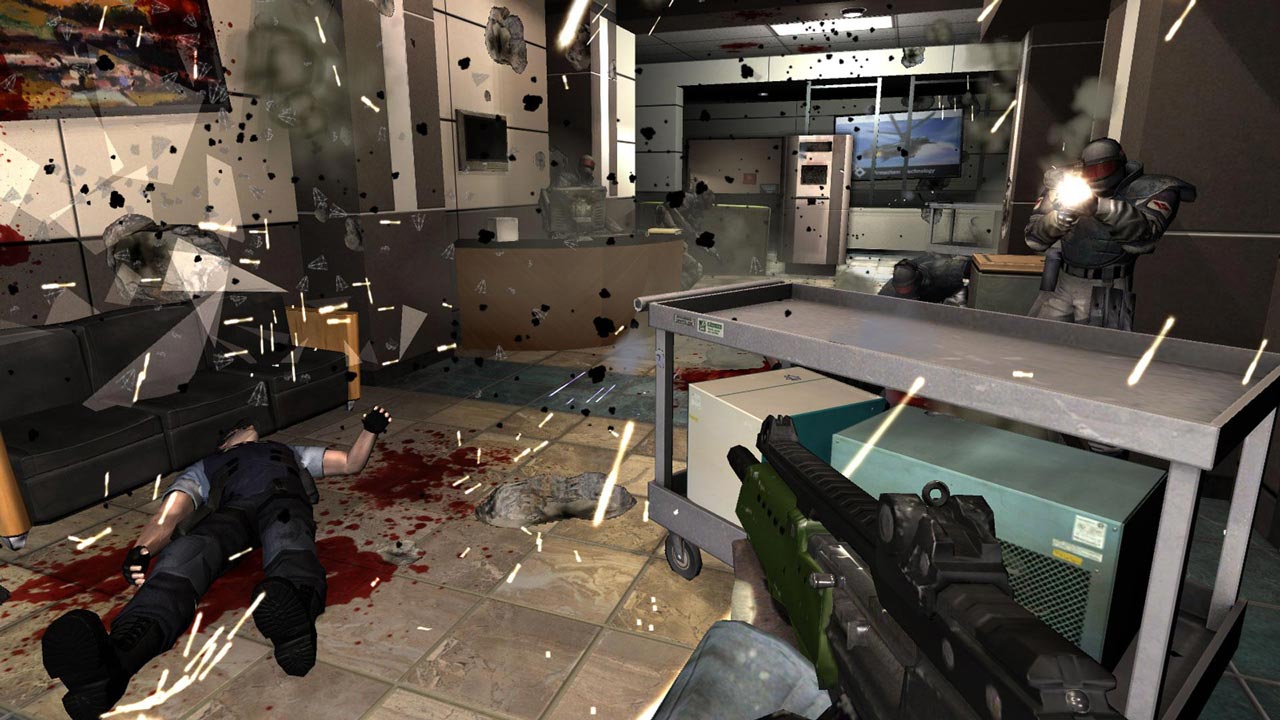 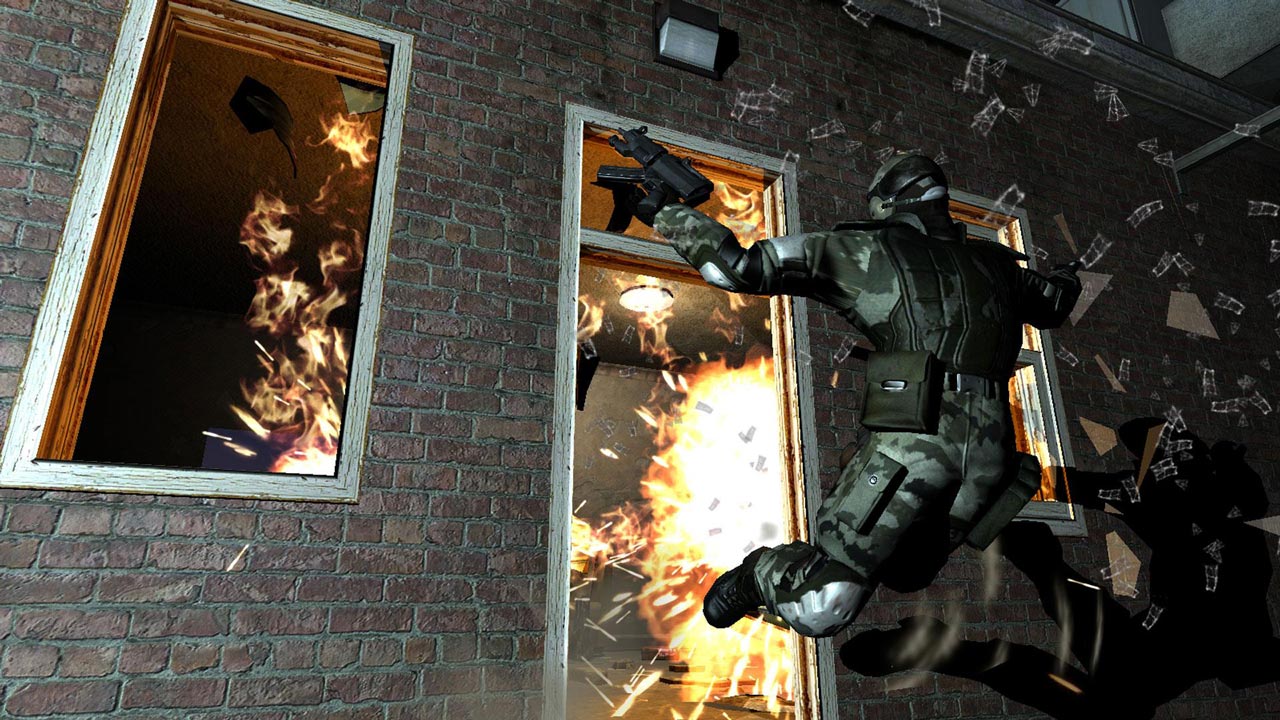 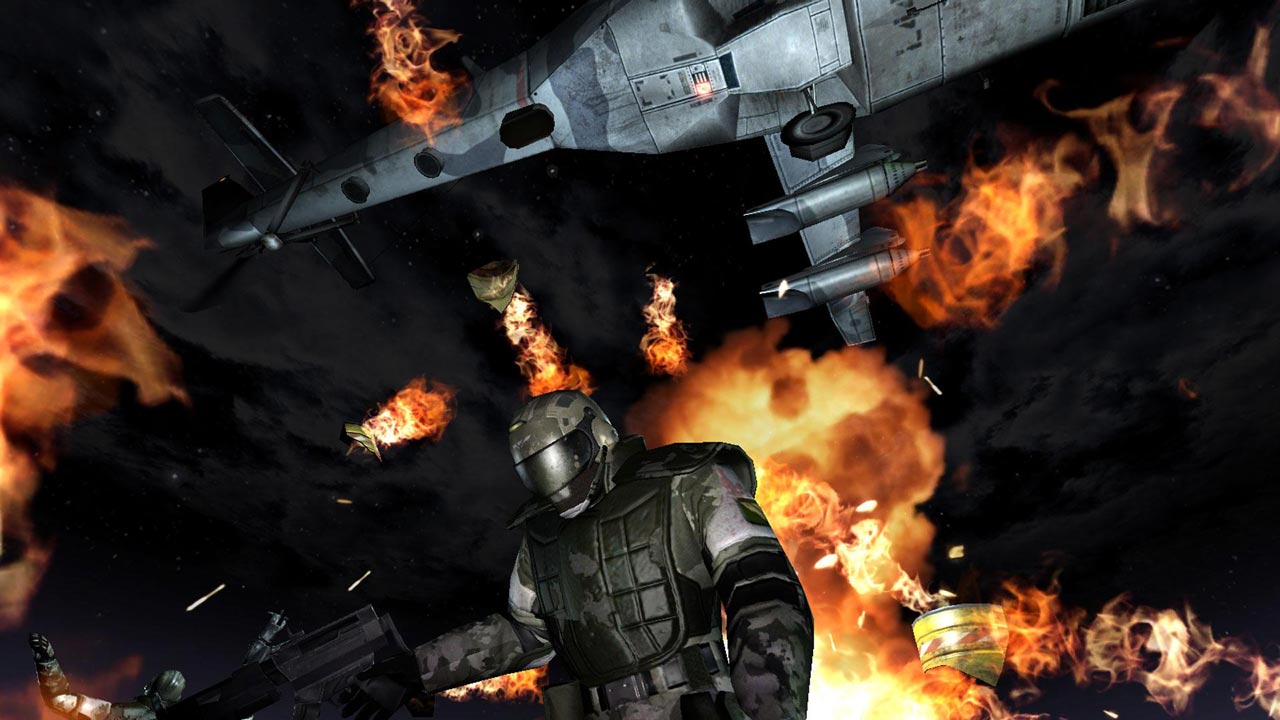 AlternativA information about the seller and his items
offlineAsk a question

This publication has no regional restrictions.


F.E.A.R.
Police catch criminals. Special Forces neutralizes terrorists. The army is ready to repel the attack of another army. With their help, the government is able to destroy any enemy of flesh and blood. But there are opponents that the ordinary military cannot cope with. When something really unusual happens, when killing can only be the work of ghosts, when another world rebels against the human world, F.E.A.R. - Federal Active Response Unit. This story begins as an action movie, in the plot of which a secret military facility is in the hands of unknown terrorists. They take hostages, but do not put forward any demands. The government uses special forces, but communication with the detachment disappears soon after the start of the operation. And after a few moments, the internal surveillance cameras show a picture of the massacre - the bodies of soldiers torn to pieces by an unknown force before they have time to understand what is happening ...
• Ruthless opponents. Enemies coordinate their actions in order to surround your hero and cut him off all the paths to retreat. Killer robots ambush, clinging to the ceiling and walls. Ended in armor, the opponents conceal the main wave of attackers. You can’t relax for a second!
• Cinematic special effects. The graphic core of the game allows you to implement special effects of the cinematic level. Sparks, smoke, fog, realistic liquids flying objects into tiny particles - the game demonstrates all the capabilities of modern computers
• Heavy duty weapons. Fighters F.E.A.R. armed with the latest achievements of engineering: from ultra-modern hand weapons to a sub-nuclear blaster that turns opponents into mountains of ash
• Unexpected situations. A crashed helicopter, a speedy pursuit with a shootout, an attack by enemy motorcyclists - you never know what awaits you in the next minute. But the main mystery of the game is the plot, the unexpected twists of which will keep you in suspense until the very end
•The latest technology. Calculation of lighting for each pixel, realistic shadows, advanced shaders - the latest graphics capabilities in combination with Havok 2 technology, which is responsible for the adequate interaction of game objects, make the world F.E.A.R. more than ever like reality

F.E.A.R. Extraction point
The game begins where the first part ended - with the crash. Because of him, the team F.E.A.R. forced to look for alternative evacuation points, while it is necessary to fight with the freed Alma and her paranormal servants, making their way through the wilds of the destroyed city.

F.E.A.R. Perseus mandate
So far, the first team F.E.A.R. and the Delta squad are fighting for control of the situation, the second team should bring some clarity to the dark past of the corporation Armachem Technology. As a member of the second F.E.A.R. team, you were involved to get more information about the corporation´s secret project.

1. You need to download and install Steam http://steampowered.com/download/SteamInstall.msi (if not already installed)
2. Launch the Steam client
3. Create a new Steam account or log into an existing one
4. Go to the "Games" section and select "Activate on Steam"
5. Enter the activation key you purchased
6. After that, the game will appear in your list of games and it can be installed

ATTENTION! Before buying, please check the system requirements of the game and other parameters that interest you (they may change with time). This can be done on the sites Steam / Uplay / Origin or the official website of the publisher. Goods purchased by mistake, as well as unsuitable for system requirements or region of activation, can not be returned and exchanged!

Dear customers! Convincing request, if there are any problems with the purchased goods, do not leave a negative feedback immediately. Write us a message in the correspondence (the purchase page on the site Oplata.info). We will try to respond to your message as soon as possible and promptly solve the problem. We draw attention to the fact that the basis for the exchange or return of the purchased key (key), which gives an error when activated, can only be VIDEO RECORD of the purchase process and subsequent attempt to activate it (mandatory condition - the record should not contain editing features).

We will be grateful for every positive feedback you have left after the purchase. Sincerely, the project team "AlternativA".